The past months brought regime changes to many Winnipeg kitchens. Here’s a run down of who’s calling the shots in the back of the house. Heiko Duehrsen relocated from The Gates on Roblin to the newly opened Park Café (pictured) at Assiniboine Park. At Prairie Ink, Chris Tascona, formerly of La Trattoria, has taken over from Gord Harris, who is now back with his former Amici team mates at the helm of Amici at Niakwa (Country Club). The outgoing group from Provence Bistro, led by Shawn Brandson and Chef Neil Higginson, has taken over Promenade Bistro. Renowned Promenade Chef/owner Gojko Bodiroga has retired to the ultimate position in his home kitchen.—EB 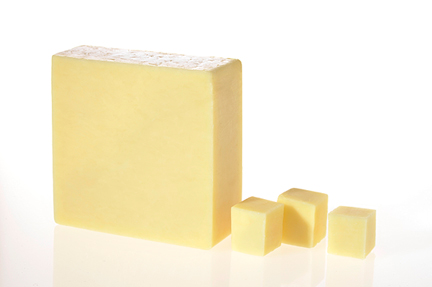 Sip bubbly and nibble hors d’oeuvres securely on terra firma to ease into Dinner in the Sky, a sky-high, bird’s eye view eating adventure coming to Winnipeg this summer. Then buckle up for an elevated (literally) dinner served 150 feet up (and overlooking The Forks and the Canadian Human Rights Museum). Diners will dig into a gourmet meal prepared at a suspended chef’s table. Dinner in the Sky runs June 25 to July 1. Dinners are limited to 22 guests per seating. Tickets: $275 each. Call 801-0161 or go to dinnerinthesky.ca.—AM

Cozy men’s curling sweaters, silver brocade pumps, and seafoam-green Formica tables are in stock at new vintage shop, Rhymes with Orange. Men’s and women’s mid-century clothing and accessories are chicly displayed amongst colourful retro housewares. The boutique is a combined venture of Doug Shand, the retailer behind Vintage Glory, and Erin Thiessen and Stefanie Hiebert of Oh So Lovely Vintage. 223 McDermot Ave, 946-5212.—SP

Winnipeg’s Deseo Bistro was named one of Canada’s best restaurants for 2011 by Where magazine. The country’s top-10 restaurants were chosen by food editors across the country. Deseo Chef Scott Bagshaw’s innovative tapas and inspired mains have earned rave reviews and a rabid following. Other top Canadian restaurants selected include: Bella Montagna in Victoria; Hawksworth in Vancouver; Calgary’s Ox and Angela; Corso 32 in Edmonton; Acadia in Toronto; Ottawa’s Back Lane Café; and The Bicycle Thief in Halifax. To read up on all the winners go to where.ca.—RS

It seems wherever you go these days, you’re not far from Stella’s Café & Bakery. In December, Winnipeg’s beloved café opened its fifth location at Winnipeg’s new airport. Stella’s is open from 5:30 am to midnight, offering a full menu to travellers; or pick up a classic club sandwich from the restaurant’s kiosk, open 24/7. James Armstrong Richardson International Airport, 2nd floor, 779-1415. —AM

After closing for three years, veteran restaurateur Basil Lagopoulos has returned with Bistrot by Basil (pictured). The revived dining room is a welcome sight to regulars who have been pining for the triumphant return of the Osborne Village institution. The building had been devastated by a flooding from a water-main break. 137 Osborne St, 452-2745. —SP

Yogis have been practicing patience awaiting the opening of Yoga Public. The 20,000 square-foot building is owned by Ida Albo and Rick Bel (operators of Ten Spa). The new space has four studios, including the city’s largest hot yoga studio and the country’s first TRX suspension training centre. Fifteen certified yoga instructors are all double threats. They’re also trained therapists (occupational, physio or massage). More than 100 classes, in a variety of yoga styles and levels, are offered each week. 280 Fort St, 947-9642.—AM

• Feb 11 & Mar 24: The Winnipeg Symphony Orchestra hosts Dinner & a Concert, evenings of music and food, catered by Bergmann’s on Lombard and served at the concert hall. On Feb. 11, the music of Michael Jackson inspires an all-American menu. On Mar. 24, a French feast preceeds a concert by opera singer Dawn Upshaw. Tickets: $85 or $60 for concert ticket holders. Centennial Concert Hall, 555 Main St, 949-3999 for tickets.
• Feb 17 & 18: Winnipeg hosts its own Mardi Gras this month. Held at the Winnipeg Convention Centre, the event features a wine lounge and Southern-inspired snacks like freshly shucked oysters, peel-and-eat shrimp and a Louisiana favourite—alligator fritters. Check out any of the four themed bars including the Southern Comfort Bar. Come in costume and get beaded. The party runs from 6 pm to 2 am both nights. Tickets cost $16. Winnipeg Convention Centre, 375 York Ave, 1-855-985-5000 for tickets.
• Feb 18: Celebrate Manitoba’s French-Canadian roots at Le Bal du Gouverneur, a multi-course, Manitoba regional cuisine feast hosted by the Festival du Voyageur. Tickets: $125. Fort Garry Hotel, 222 Broadway,
237-7692 for tickets.

Pop the cork on another Valentine’s day with a special bottle to enhance romance. Here are some of the top picks for bubbles from Winnipeg’s top wine experts.
• La Boutique del Vino recommends an Italian Prosecco that won’t break the budget. Carpene Malvolti Brut Prosecco ($19.99) is crisp and refreshing with notes of green apple, citrus and pear.
• Open a bottle of Domaine Chandon Brut Classic NV ($29.99) and make some memories with this bubbly from California. This Kenaston Wine Market pick has apple and pear notes, hints of citrus spice and whispers of almond and caramel.
• Traditional fermentation creates the bubbles in 61 Franciacorta Rose ($28.21), an inspired blend of hand-harvested pinot noir and chardonnay from Lombardy, Italy. Available at Manitoba Liquor Marts, the vintage boasts long-lasting bubbles and an intense salmon colour.—RS