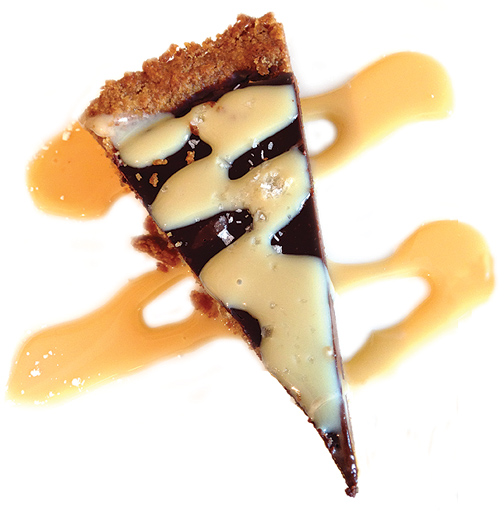 A chic new neighbourhood spot, Chaise Cafe, is open for business in the French Quarter. The 68-seat space boasts a smartly decorated dining room, lounge and private room, plus a sunny new 37-seat patio. Owner Shea Ritchie has entrusted Chef Jason Sopel with the menu, the results are tasty and fun. Rustic pizzas (there is a great breakfast version) and pastas are well-executed mainstays, while luxurious housemade desserts (pictured) are must-tries. 271 Provencher Blvd,     204-504-4012.—EB

Although it had a rocky start Investor’s Group Field has found sure footing. Construction is complete at long last and a stunning state-of-the-art stadium glitters on the University of Manitoba campus. The new field offers twice as many concession vendors and twice as many bathrooms than its predecessor. Other highlights include seats for 33,500 screaming fans with the ability to expand to 40,000 for Grey Cup; sunken bowl design and canopy coverage for most seats; a cupholder to every ticket holder; a booze-free family zone; 216 wheelchair accessible seats and a 4,000 sq. ft. retail store. Snag tickets for the Winnipeg Blue Bombers’ June 12 pre-season bout versus Toronto and bear witness to a tender a moment in Manitoba sport history. Culture kids are also stoked, eagerly snapping up tickets to big-name music acts drawn to the new venue. 315 Chancellor Matheson Rd.—EB

Despite a slow start to the season, food trucks are poised to have a big summer in 2013. The movement first hit the city two years ago; now, nearly 20 trucks make up a fleet serving up delicious multi-culti fare alongside street-food standbys like burgers and wings. The trucks have been heartily embraced by downtown diners taking in noon-hour concerts or strolling down Broadway. New trucks are popping up all the time; Vilai’s Spice Box (modern Asian cuisine), Habanero Sombrero (tacos) and On a Roll (sandwiches) are some of the fresh flavours on the scene.—JZ

To the glory of gourmands the Exchange District Biz has launched Devour the District, a guided gastronomic adventure. The three-hour walking tour stops at six stellar eateries within the historic ‘hood. Hear building lore, engage with a chef or manager and enjoy six delicious dishes for just $58 (includes two alcoholic bevvies). The line up is tight, including Boon Burger, Blüfish, Brooklynn’s Bistro, Carnaval, Corrientes Argentine Pizzeria, deer + almond, Hermanos, Peasant Cookery, Sensi Wine Lounge and The Underground Cafe. The tour runs Tue and Thu from Jun 1 to Aug 31. Call 204-942-6716 to reserve a spot.—JZ

summer in the city

• June 6: Nick Saul, will be in town on June 6 at McNally Robinson Booksellers to launch his book, The Stop: How The Fight For Good Food Transformed a Community and Inspired a Movement. The executive director of a revolutionary Toronto foodbank propagates his model for community nourishment. Winnipeg hungrily awaits its own take on The Stop; NorWest Co-op Community Health Centre has announced plans to open a centre based on the model in 2013. To learn more, visit cfccanada.ca.
• July 1-31: Savour the flavours of the city during EAT Winnipeg, a month-long culinary event celebrating some of Winnipeg’s top restaurants. Participating eateries will offer inspired three-course, prix fixe meals for $36 featuring chef signatures and regional ingredients. Visit ciaowinnipeg.com for a list of participating restaurants and complete menus.—JZ

On a sweltering summer night, nothing quenches quite like a sweating glass of ice-cold sangria. We asked Winnipeg’s wine experts to divulge their favourite wines and their go-to recipes for concocting this fruity Spanish patio staple.
• The Manitoba Liquor Commission recommends a Riesling such as Barefoot (750 mL, $9.97) to whip up a pitcher of effervescent white peach sangria. Combine Riesling with 4 oz of peach schnapps and two peaches, thinly sliced. Chill for one hour, then top with ginger ale and serve.
• The folks at De Luca Fine Wines favour a punchy red Portuguese sangria recipe they picked up in the coastal region of Algarve. Combine a bottle of Flor de Crasto ($13.99), a Portuguese red made from indigenous grapes, with sliced lemons, limes and oranges, Triple Sec, brandy, one can of beer, one litre of Sprite and a hint of mint.
• One of the top-selling ready-made sangrias in Spain, Lolailo Sangria, available at Banville & Jones, comes in a party-perfect 3 L bag-in-a-box ($30.99). Serve with frozen berries instead of ice for a summer-fresh treat.
• Spanish import The Cruz Garcia ‘Real Sangria’ ($10.99/750 mL), recommended by The Winehouse, is another great instant option. This mouth watering blend of red wine and fresh citrus fruit flavours can be served chilled on its own, or mixed with soda, brandy and fresh fruit.—JZ